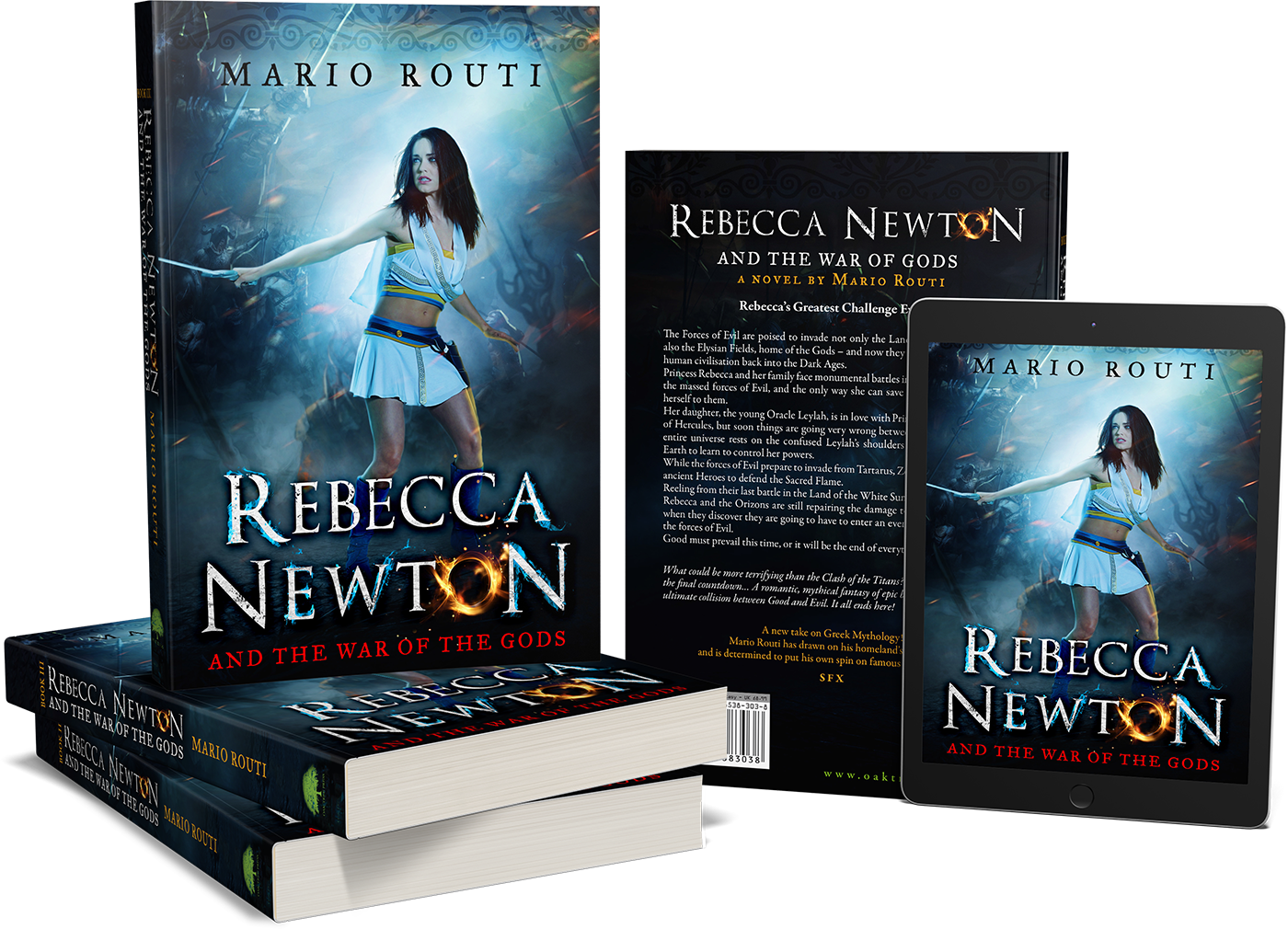 Rebecca’s Greatest Challenge Ever… The Forces of Evil are poised to invade not only the Land of the White Sun, but also the Elysian Fields, home of the Gods – and now they have the power to throw human civilisation back into the Dark Ages.

Princess Rebecca and her family face monumental battles in their attempts to defeat the massed forces of Evil, and the only way she can save mankind is by revealing herself to them. Her daughter, the young Oracle Leylah, is in love with Prince Alexander, grandson of Hercules, but soon things are going very wrong between them.

The fate of the entire universe rests on the confused Leylah’s shoulders as she travels to planet Earth to learn to control her powers. While the forces of Evil prepare to invade from Tartarus, Zeus gathers the Gods and ancient Heroes to defend the Sacred Flame.

Reeling from their last battle in the Land of the White Sun, King Turgoth, Princess Rebecca and the Orizons are still repairing the damage to the Fortress of Utopia when they discover they are going to have to enter an even greater struggle against the forces of Evil. Good must prevail this time, or it will be the end of everything.

What could be more terrifying than the Clash of the Titans? The War of the Gods! It’s the final countdown… A romantic, mythical fantasy of epic battles, adventure and the ultimate collision between Good and Evil. It all ends here!